Top Characteristics of the Warrior Mindset 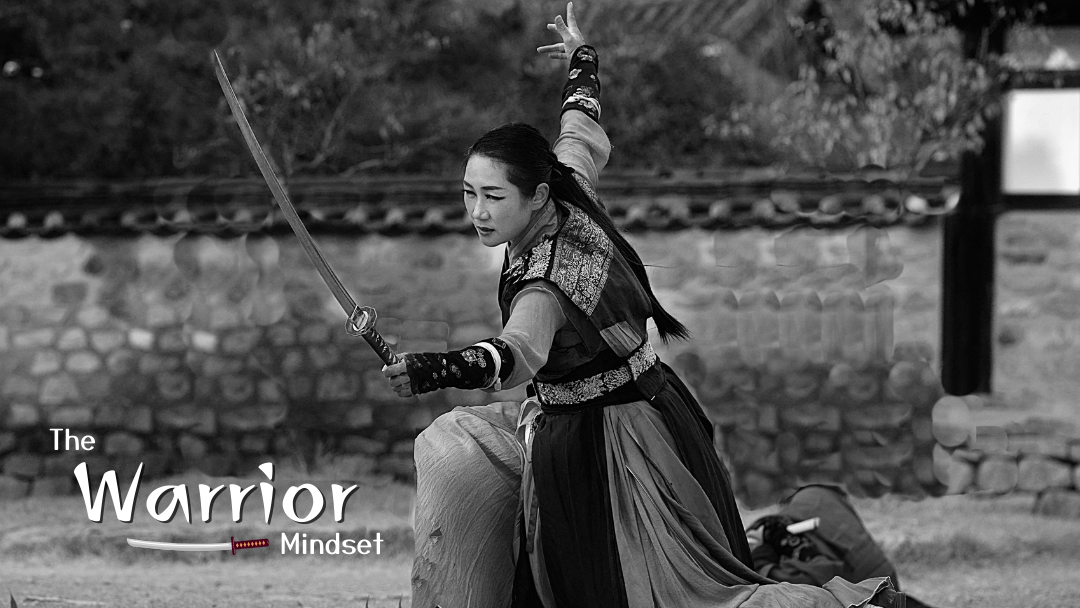 But today we’re going to be talking about the Warrior Mindset.

Here are the top characteristics of those with the Warrior Mindset:

Thankful for the past – it is a teacher and they are NOT victims.

They learn from the lessons of their past so they can move forward in confidence. I know a lot of people out there have gone through some bad, maybe even horrific things. That’s not to say that I would wish that on anyone. I had a childhood that was terrible at times, but it made me who I am today.

They live in gratitude for all of their experiences good AND bad.

These people do whatever is needed to fully achieve their goals. They set aside time and money for personal development. They know that they are the best investment they will ever make. Nothing else will give you a higher return on your dollar than investing in yourself.

They don’t just plan, they do. And they don’t let other people’s words/actions stop them from doing what needs to be done. They don’t get stuck in their head thinking about what other people might think.

They don’t jump around to a lot of things. They stay committed to the process, knowing that when resistance comes it means they’re on the right track.

Any time you go to up-level, you will hit resistance and see all the reasons why you shouldn’t be doing what you’re doing. It’s just your subconscious trying to keep you where you’re most comfortable.

But the things we build up in our mind that will be the hardest things to overcome end up being the most thrilling and most fulfilling. I know when I’ve done these things and come out on the other side, I’m like, “that was so much fun!” And it was something that I worried about for weeks. Have you ever done something like that – dread it forever and worry and then are exhilarated by doing it?

They visualize what they want, feel the emotions of what they want and become a master of their mind. They take actions that they know are moving them toward their goals. They evaluate and tweak and go over things again and again until they get their desired results.

They know their thoughts create their results. Everything in the world was created twice. It happened once, where they visualized it in their minds. And over time it became a reality.

They don’t compare and instead focus on what they can control and have responsibility for:  themselves.

People with the Warrior Mindset rise to 6- and 7-figure level incomes. They rise to the top of their company or job.

They no longer have a scarcity mindset because they know they have the ability to create whatever they want to create.

These characteristics aren’t just something they practice every once in a while. If you want to develop the Warrior Mindset, surround yourself with these concepts All. The. Time.

Persistence is the key.

If you understand that this is what it takes to move forward, then you will make it a priority in your life. You will do it. When you create a space to actually do these things on a consistent basis, you’re going to start seeing results.